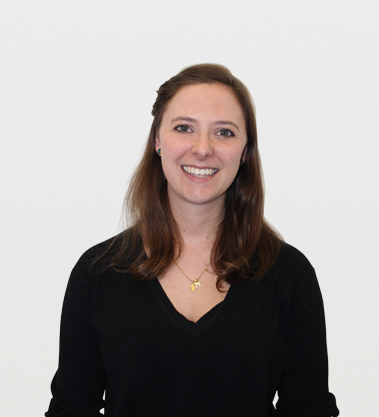 In the first of a series of ‘staff profiles’ introducing the team at Full Production, we meet Account Manager Lise Watkins. Did you know she can (almost) speak four languages and has a strange skill that unnerves her colleagues?

What is your role at Full Production?

I’m the Account Manager. I’m dealing with more of the new business at the moment, but hopefully as work goes on I’ll be reintroduced to old clients.

I officially joined full time in September 2020, but six months before then I was working ad hoc for Full Production because I was furloughed from my previous job. I was Sales Manager/Account Manager for Enigma Creative Solutions, an exhibition and live events company based in Windsor. When Covid hit, there were no conferences going on so our design help wasn’t needed. Everything screeched to a standstill.

What is your favourite job you’ve worked on at Full Production?

I would say my favourite job so far has been Treetop Adventure Golf in Birmingham, which we supplied the lighting and interactive elements for. It was the first job at Full Production which I saw through from the beginning to a finished product. The cherry on top was that they enjoyed working with us so much that they’ve extended our contract to include service and maintenance on all their current sites across the UK. Hopefully it has improved my golf game a bit, too…

Have you always worked in the events industry?

No, but I have always been in sales and account management roles for lots of different industries. I started off in civil engineering, then went into corporate relocation, then events. I enjoyed working in the creative industry, so working for Full Production is a continuity of that. It was nice to be able to travel again for work, as I travelled quite a bit when I was growing up.

Where did you grow up?

My dad was in oil and gas exploration and we moved around with him, staying in different countries for two and a half to three years at a time. As well as England and Scotland, we lived in Australia, Brazil, and spent a bit of time in the United States as well. We came back to the UK to finish off schooling when I was 16, so I did spend most of my childhood outside the UK.

So can you speak more than one language?

My mum’s French, so I can speak French. Portuguese I can certainly understand, although I haven’t spoken it since I left. It’s in my brain somewhere. And I can just about get away with some Spanish, because it’s quite similar to Portuguese. So I can (almost) speak four languages.

How did you spend your lockdown?

I had really good intentions, and decided I was going to try and read Harry Potter in French. It’s always been one of my favourite series of books since I was a kid, and I wanted to brush up on my language skills at the same time. I thought it would be a good excuse to read it again, but in all honesty I didn’t get quite as far through it as I would have liked.

Instead, to the horror of my fiance Andy, I spent my pandemic doing a lot of DIY and house jobs. Things like changing taps in bathrooms – and flooding said bathrooms because I didn’t switch the water off. There were a lot of phone calls to Steve [Richardson, Full Production’s Managing Director] saying “can I borrow this tool?”

The weather certainly kept me outdoors doing physical jobs rather than anything indoors. There was plenty of gardening and lots of long dog walks.

How many dogs do you have?

Just the one, his name is Indy. He’s a Cocker Spaniel, so he has about two brain cells knocking around in his brain, he’s very fun. I chose the dog and my fiance picked the name – he was named after the dog from Indiana Jones.

Do you have any strange skills?

I know it freaks people out, but I’m very good at touch typing without looking, so I can stare into a camera on a Zoom call while continuing to type something up. The creative industry seems to be amazed at this, although I think it’s pretty normal!

I’m notoriously bad at going to the cinema. Why go to the cinema with all these strangers when I can just watch it at home with whatever food and drink I want from my own sofa? Saying that though, I love the film Gladiator. I could watch that on loop. It’s so good and it’s aged really well.